Zero Assassins on Trial for 500 Years of Broken British Maths! See the Evidence & Give YOUR Verdict!

The Golden Truth about Zero and Exposure of Broken British Mathematics

YouTube, October 14th, Friday, 2022. This event marks the 500th anniversary of Broken British Mathematics. Jonathan Crabtree – Founder of Podometic. Decades of research on the history of Mathematics have rebuilt the basics of Mathematics to its true zero-based origin as India intended.

After decades, the promise of a 7-year-old with the determination to change the way the western world teaches Mathematics will be fulfilled. The elementary mathematics ideas the British Empire exported to its settlements and colonies, which the world still follows today, are now obsolete.

At this virtual event, the following will take place:

Following similar evidence from Jonathan Crabtree, one of India’s most respected mathematicians, Professor Dinesh Singh, former Vice Chancellor of the University of Delhi, responded with, “Superb lecture. Scholarly and yet easy to follow. I recommend this for parents, students, teachers of history and for anyone interested in India’s ancient history and how India developed Mathematics concepts way ahead of the Greeks and Europe.”

An Indian mathematics teacher, Kousik Sett, also commented on the lecture, “… For me, life is good for only two things. Learn Mathematics and teach Mathematics. I must say, today, your presentation was beautiful and fascinating. This is the best lecture on elementary and fundamentals of Mathematics I have ever seen. Thanks for giving us such a magnificent, powerful and thought-provoking lecture on Indian Mathematics…” Another notable comment was by Abhijit Majumder, “It was an amazing and mind-boggling experience to get acquainted with the commonplace errors we always make. Your inspirational lecture today is still ringing in my ears”. Jonathan has received many other glowing testimonials from 66 countries. People of all ages and abilities praise the Indian zero-based Elementary Mathematics ideas he will reveal as he prosecutes the British for breaking the foundations of mathematics.

Podometic (Bharatiya Mathematics as it’s known in India) can now replace Arithmetic (British Mathematics). In 1522 the British idea of number excluded 0 and 1. With a focus on advanced mathematics, the foundations of K-8 level mathematics have never been historically audited and repaired. Many abstract laws and rules students must memorize today, are in fact, workarounds and bug-fixes for the broken British mathematics the world has endured for centuries. While he has broken a Guinness Word record for brainpower and been called ‘an unrecognized genius’, Jonathan says any child can now learn mathematics years faster than before with many instant mathematics ‘aha’ moments to be shared in this special event.

The link to Jonathan Crabtree’s lecture Professor Dinesh Singh applauded above is here [1]. Reactions to Crabtree’s research from more than 50 countries are here [2].

To be a part of the historic 500th anniversary event fixing broken British mathematics, join us online [3].

The K-8 mathematics education information, pedagogies and curriculum at www.podometic.in are all ‘Zero-Cost’ licensed under a Creative Commons Attribution-NonCommercial-ShareAlike 4.0 International License based on research at www.jonathancrabtree.com

Podometic™ is the world’s first total ground-up Arithmetic update. What that all means to educators, schools and parents is the remarkable fact that Western Arithmetic as taught for the past 500 years since 1522 is obsolete! Podometic™ is simply better, rebuilt from India’s zero! Lessons mathematics teachers find difficult to teach, having to rely on abstract laws and rules, can now be totally understood visually, intuitively and logically by children several years younger for the first time in history.

Podometic™ is designed for what our eyes see that’s intuitive and common sense and how basic laws of physics work. Podometic™ is consistent with the principles of cause & effect, conservation of mass & energy and the fact that in a closed system, every basic force applied on a physical quantity results in two simultaneous operations, as per Newton’s 3rd Law.

Notably, negative quantities are no longer less than zero. The least quantity of universal matter and energy you can have is zero!

Ancient India and China both got it right with their practical math borne of empirical observations and experimentation, whilst the West followed an abstract mathematical path borne of philosophy.

Children all love playing creatively with math BEFORE they enter school. Sadly, they are forced to learn rote rules (actually workarounds & bug fixes) for the purpose of calculation, which is now completely unnecessary.

Technology has now liberated people from calculation to enable a golden age in AI-assisted creativity and problem-solving. Yet primary-level math education is literally 500 years out of date!

Bharatiya Maths was created by Āryabhaṭa, Bhāskara I & Brahmagupta. Yet, these ideas never meshed together with modern ideas of science to create a cohesive maths curriculum. So my goal is to make modern maths foundations for K-8 classrooms better with Bharatiya Maths!

The Historical and Physical Foundations of Podometic (Indian) Maths

Podometic™ is a long-overdue upgrade of British Arithmetic. Jonathan J. Crabtree noticed problems with western mathematics explanation at age 7 in 1968. So, in 1983 he set out to change the way the western world teaches mathematics. (Evidence in the video.) Now, it’s time to reintroduce the original and ingenious ideas of Āryabhaṭa, Bhāskara and Brahmagupta into classes 1 to 8.

In 628 CE Brahmagupta created Zero-based maths via 18 Sutras of Symmetry. Sadly, his original Zero-based ideas were never built into western math foundations. Instead, these were based on Ancient Greek ideas missing one, zero and negatives as numbers. Long lost, ideas that make math education simple are available once more! 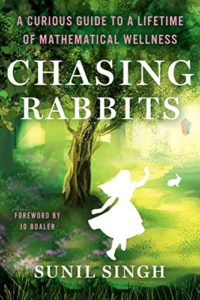 Brahmagupta’s laws of zero, positives and negatives NEVER made it classrooms today! In 628 CE Brahmagupta gave birth to maths with his laws of negatives, positives and zero. 200 years later, Al-Khwarizmi said 1 was ‘outside of number’. In 1228 Brahmagupta’s zero definition was absent as Fibonacci introduced 0 to Europe. In 1570, Henry Billingsley invented an illogical definition of multiplication (missing India’s zero) and the British Empire passed it off as Euclid’s. This false definition remains today. For more about the history of India’s lost Zero, watch Jonathan’s New Delhi talk below.

The solutions to the world’s problems of drought, congestion, pollution and poverty rely on science and science relies on maths. So, we must all return to its heritage of ancient Bharatiya maths, overlooked in history, that is consistent with laws of modern-day physics!

How might the men who created zero and base ten positional notation have taught their own children aged 5 to 13? Imagine meeting the minds of Āryabhaṭa, Bhaskara and Brahmagupta as if they were explaining mathematics to their own children! Jonathan also brings to life other primary-level ideas the world missed, by building upon the ideas of giants such as Euclid, Descartes and Newton.